The Nativity of Our Lord Jesus-Christ 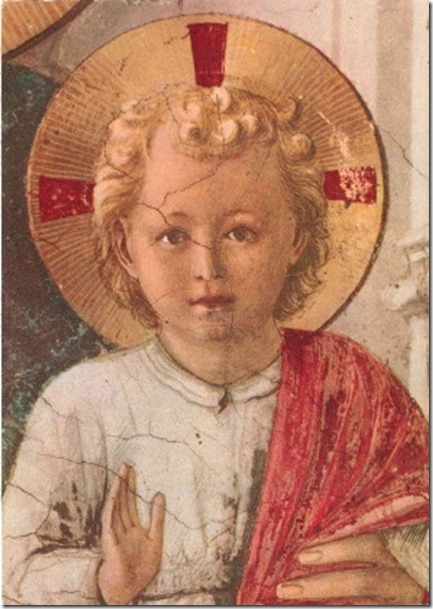 During the holy season of Advent, the aim of the Church in her sermons and instructions is to prepare us for a worthy celebration of Our Lord’s Nativity.  She regards this feast as one of the most joyous in her calendar.  To manifest her gratitude for our Redemption, she decorates her altars with richest ornaments.  She clothes her ministers in the garments of joy, and urges them again and again to celebrate the adorable sacrifice of the Mass in thanksgiving for the coming of our Redeemer.

And knowing with St. James that “Every best gift and every perfect gift comes from above, coming down from the Father of Lights” (James 1, 17), she calls upon her children to raise their hearts to Heaven, and praise and bless our great Creator who, in the words of Our Lord to Nicodemus, “So loved the world as to give his only-begotten Son; that whosoever believeth in Him may not perish, but may have life everlasting” (2 John 3, 16).  Hence, the great Apostle of the Gentiles said: “But God, who is rich in mercy, for His exceeding charity, wherewith He loved us, even when we were dead in sins, hath quickened us together in Christ, by whose grace you are saved“ (Ephesians 2, 4).

Man, prostrated by sin, involved in the rebellion of our first parents, was unable to help himself.  God pitied our fallen state, and though we were His enemies by our transgression, in His infinite mercy He sent His adorable Son to take upon Himself the punishment of our guilt and become the ransom of our fallen race.  And here we should guard ourselves from an error of which many outside the Church are guilty.  They would have us believe that our heavenly Father, in a manner, forced His Son to undertake the painful work of our redemption.  This is absolutely false.  From eternity the adorable Son of God consented to make atonement for man’s transgression.  “He was offered,” said the Scripture, “because He willed it” (Isaias 53, 7), and David, in prophetic vision, thus speaks in the person of Christ: “Sacrifice and oblation Thou didst not desire; but Thou hast pierced ears for me.  Burnt-offering and sin-offering Thou didst not require; then said I, Behold I come.  In the head of the book it is written of me that I should do Thy will; O my God, I have desired it, and Thy law in the midst of my heart” (Ps 39, 7).  And again the prophet said of Him: “He hath rejoiced as a giant to run the way, His going out is from the end of Heaven” (Ps 18, 6).

We would naturally suppose that, on appearing among men, the world’s Redeemer should be surrounded by all the grandeur and wealth and human comforts which His tender condition would require.  But such was not the will of His heavenly Father, nor was it the will of Our Lord, who did not desire to be born in the dwelling of sinners, but chose to be alone with His immaculate Mother and the chaste Saint Joseph, and to be accompanied by the innocent beasts of the field.  Coming to redeem our sinful race, and to enlighten a world “seated in darkness and in the shadow of death,” as Saint John described it, He began His work of reformation by preaching His first sermon from the pulpit of the manger.  It was pride and sensuality that caused the fall of our race; and pride and avarice and sensuality were the great evils of His day, as they are also of the days in which we live. […]

Let us now, imitating the shepherds, visit in spirit the stable of Bethlehem and there behold our new-born Saviour in the lowly condition to which His love for us has reduced Him.

We thank Thee, O Lord, for thus humbling Thyself, and coming amongst us, and we beseech Thee to grant that one day we may behold Thy face in its unveiled glory in heaven.

Nor should we fail to be mindful of the part that Mary took in the world’s Redemption. […] We recognize thy dignity, sweet Mother — that thou hast been chosen from eternity for the sublime office of Mother of God — that thou didst willingly consent to cooperate in the work of our Redemption.  For this we thank thee: for this we praise thee, and call thee blessed among women, and beg of thee to obtain for us that we may never offend thy adorable Son by sin.

(From the book The treasures of the Rosary, by the very Rev. Charles-Hyacinth McKenna O.P., Preacher General of the Order of Preachers, New York, P. J. Kenedy and Sons, Printers of the Holy Apostolic See, 1917, p. 105-109.)