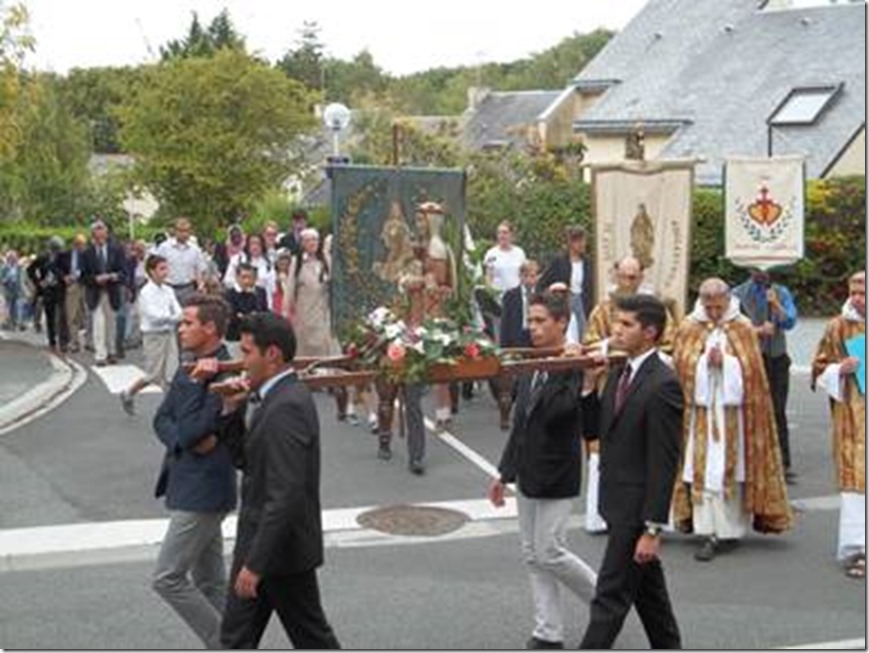 Public Procession (feast of the Assumption)

Ulysses called himself “Nobody,” when Polyphemus asked his name. When this latter cried for help to his fellow cyclopses, and they asked who was attacking him, he stupidly replied “Nobody”!   Of course, they did not come to his aid.

Freemasonry has adopted the same trick to make their enemies look like fools.  The states under its control never openly declare themselves Freemasonic.  They claim to be “neutral” or “secular”.  When one asks who is persecuting the Church, the answer is ready-made: “neutrality,” that is, “no one”; and it’s the same “neutrality” (“no one”…) who indoctrinates the children in the atheistic [and totalitarian] public school system.

The myth of the “neutral” state

The stratagem of the “neutral” state — presented as a purely administrative machine, free from any religious or metaphysical principal, limiting itself to the material direction of the country, leaving each citizen to think as he likes — is an essential pillar of Masonic dictatorship.

However, the Masons are not always able to hold their tongue.  They’re so sure of their victory that they easily reveal their secret.  Vincent Peillon (French Minister of Education from 2012 to 2014) publically declared that secularism is a religion.  His predecessor, René Viviani, had already confessed neutrality to be a “necessary lie.”  Another “insider,” T.G. Masaryk, clearly showed that the modern secular state aims at nothing less than to take the place of the Church.

The Freemason Thomas Garrigue Masaryk (1850-1937) was not just anybody.  During the First World War, he repeated to all who wanted to listen that the principal goal of the war was “the dismemberment of the Hapsburg Empire.”   This well-informed agent then went on to become the first president of the very Masonic (and very artificial) Czechoslovakian Republic. 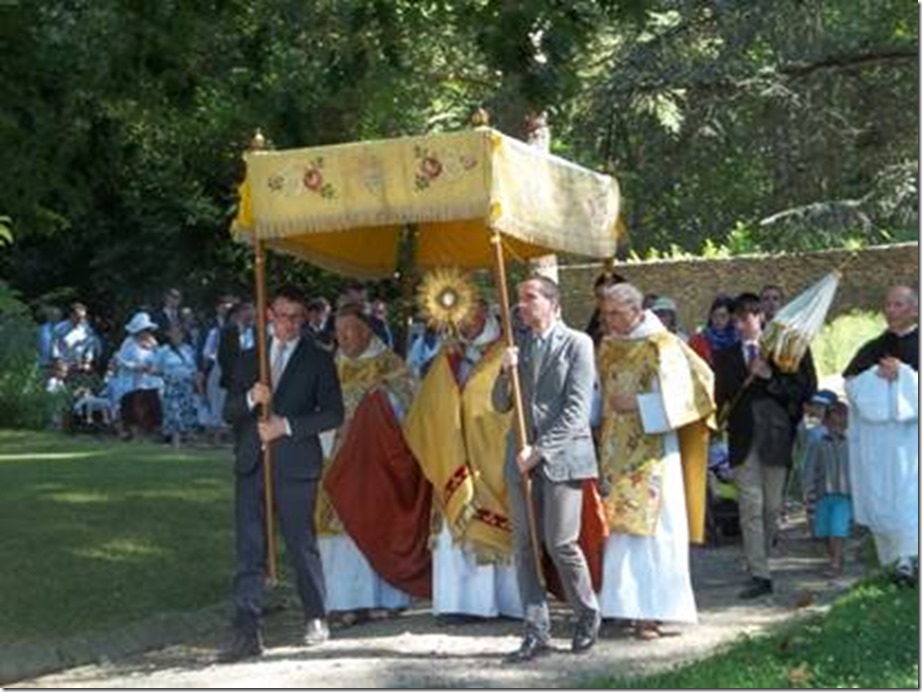 Of course, Masaryk, as a good Mason, muddles his words.  He calls medieval Christendom — which carefully distinguished between the spiritual and temporal powers — “theocracy.”  On the other hand, the regime that mixes the two powers, reuniting them in one hand (or rather, one fist!) is designated by him as “non-theocratic.”  But this coded language does not prevent us from understanding what he means to say.

Masaryk’s avowal: a state “charged with the functions of the Church”

Over and above the words, it’s the reality that counts.  Therefore, in reading the following quotation, let us not be duped by the misuse of the word “theocracy”, or the sarcastic attack against the “medieval state, servus Ecclesiae,” and let’s look at this supposedly wonderful, modern, democratic state imposed upon the world by Freemasonry.  Is it a neutral state, free from all ideology?   No, just the opposite!   Masaryk clearly admits it: the “secular” state has “taken on the functions of the Church,” and has even “extended and multiplied them.”

[W]hat makes the democratic state new, is the fact that its goals and its organization proceed from a new conception of the world, a non-theocratic conception.  That’s the innovation.  The modern state has taken on the functions of the theocracy, especially those of the Church […].  Before, the state was not interested in schools, nor in culture; all the education of society was directed and dispensed by the Church.  To the contrary, the new state has, step by step, taken over all education.  Just as the Reformation, humanism and the Renaissance had engendered a new, secular morality, the state has also taken Charity away from the Church, and transformed it into social legislation.  Compared to the modern state, the former states were practically nothing.  I would even say that they did not think for themselves: the Church thought for them.  If under theocracy philosophy was the “ancilla theologiae,” [Editor:  “handmaiden of theology”]  the old medieval state was the “servus Ecclesiae.” [Editor:  “servant of the Church”]   In secularizing itself, the state was forced to start thinking.  It took on the functions of the Church; it extended and multiplied them.” (T.G. Masaryk, La Résurrection d’un Etat, Paris, Plon, 1930)

It’s clear: the secular state is not just (as they claim) a state separated from the Church.  It’s the state taking itself for the Church, which is only logical for the religion of Man taking himself for God.

The keen awareness of her duty to transmit an integrally Catholic education was inseparable from an insistence upon practical moral requirements that are a necessary consequence of this Christian formation.  That’s why Mother Anne-Marie was, for example, so virulent when it came to the question of appropriate dressing, despite the pressure from parents and even bishops.  At Montréjeau, for example, the vice-president of the APEL (Parents’ Association), Mr. Vallet, had written to her:

Most Reverend Mother, we would like to call your attention particularly to a problem which has gained such proportions that the members of the APEL of Sainte-Germaine School find themselves obliged to inform you.

Indeed, practically all the parents disapprove of your prohibition for our girls to wear pants. Certain families are even seriously considering taking their children out of the school if no dispensations are made to this prohibition for the time being.

One must take into account that winter is long and rigorous in this region. Tights are very costly and wear out quickly, so certain families are not able to replace them as often as necessary.

Locally, our girls have become victims of a very unpleasant atmosphere, and the situation has gotten worse since it has been known, by trustworthy sources, that other establishments of the Congregation have allowed the new style of clothing.

We would be very grateful to you if we could have your answer before the general assembly to be held on December 1st, 1973, so that we may inform the families of the outcome of this initiative.

Mother Anne-Marie therefore explained the reasons for her refusal:

I am aware of all the arguments put forward, almost everywhere, in favor of pants:  frugality (or purported frugality, because the same people count their pennies less when it comes to following fashions), comfort, practicality, ease…  I understand how appealing these arguments can be for parents who feel obligated to make calculations, but none of these reasons will force me to yield…

Next, Mother exposes some considerations on the disciplinary as well as esthetic levels.  Lastly, she comes back to the fundamental argument:

Just as we refuse co-education […], because we think it is impossible to form a girl’s intelligence and sensibility in the same way as with boys, we refuse all complicity with decadent trends that are sabotaging our civilization.  We want to treat your girls as girls; we want them to be treated as girls, and therefore we want them to be dressed as girls.  We want to help them deepen their sense of properly feminine values, to desire and to cultivate the virtues specially entrusted to women, which will make them particularly capable of giving and nurturing life, whether it be natural or supernatural life.  We want your girls to be fully women, who are proud to be so, and who love to dress accordingly.

For all these reasons on the disciplinary, esthetic and moral levels, we therefore require your girls to dress in conformity to their feminine nature… 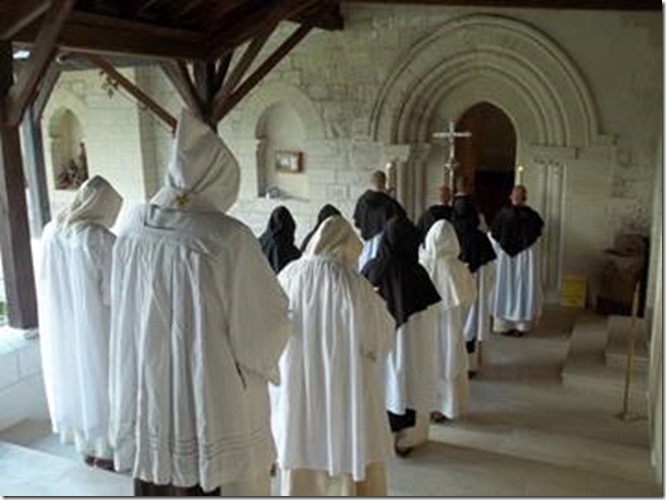 May 25th: Ascension of Our Lord. In the Dominican rite, the Solemn High Mass is preceded by a procession in the cloister (accompanied by the men and boys of the parish) symbolizing the cortege of Our Lady and the Apostles following Our Lord from the Cenacle to the Mount of Olives.  A second Solemn High Mass is celebrated by Fr. de Mérode for St. Thomas Boys’ School, during which twenty students pronounce their profession of Faith after having followed a retreat preached by the same Fr. de Mérode.

June 3rd: First Saturday.  It’s a true consolation to see the faithful doing their best to respond to the requests of Our Lady of Fatima for the first Saturday of each month: the St. Dominic Oratory is overflowing with faithful at the 6:30 a.m. Mass (followed by the 15-minute meditation requested by Our Lady), and the main Church is almost full at the 10:00 a.m. Mass.

July 1st and 2nd: End of the school year ceremonies for St. Philomena Primary School and St. Thomas Boys’ School, followed by the annual parish lawn fete.  With the school year behind us, the busy summer schedule starts immediately:

July 3rd-8th: Men’s retreat.  Fathers Louis-Marie and Angelico are happy to receive a bit of reinforcement from Fr. Pierre Roy who came in from Canada to help preach a retreat on “The Incarnate Word” to about 20 fervent men, among which were a certain number of recently baptized.

July 16th: Departure of Fathers Terence and Angelico for the Boys’ Summer Camp in Brittany.  Three weeks of camping, hiking and exploration, as well as activities for the soul: daily sacraments, apologetics competitions…

At the same time, Fr. Hyacinth-Marie chaplains the camps for the boys and girls of Our Lady of Fatima Youth Club (7-12 yrs.) and the adolescent girls of “Valiant Souls”.

July 17th-22nd: Fathers Marie-Dominique and Emmanuel-Marie preach a retreat for married couples, with the help of Fr. de Mérode.

August 4th– 13th: The community is reunited for the annual retreat preached this year by Fr. Joaquim FBVM, from Brazil.  Father Joaquim is no stranger to the community, as he studied philosophy and theology here at Avrillé before being ordained in Brazil.  Theme of the retreat: “Our spiritual life in the present crisis in the Church.”

All is ready for the parish hall project.  God willing, the building permit will be granted in the coming weeks.

Other various projects have begun or progressed.  The chapter room now has its wooden beams.  Once it’s painted, we’ll be able to put in the new altar. 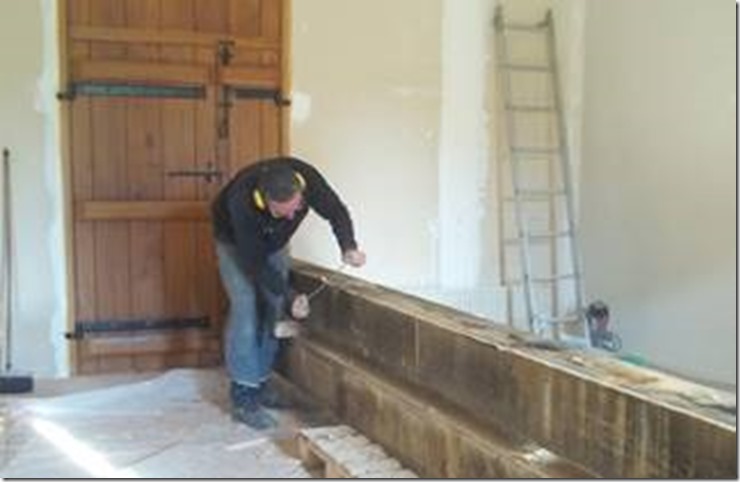 To help solve the problem of insufficient classroom space at the Boys’ School, a wall has been knocked down (permitting the renovation of a loft) and the grounds have been cleared in view of restoring an old tower (to be used as a study hall).  Also, the recreation courtyards were professionally paved. (To the delight of the seminarians and friars, as well!) 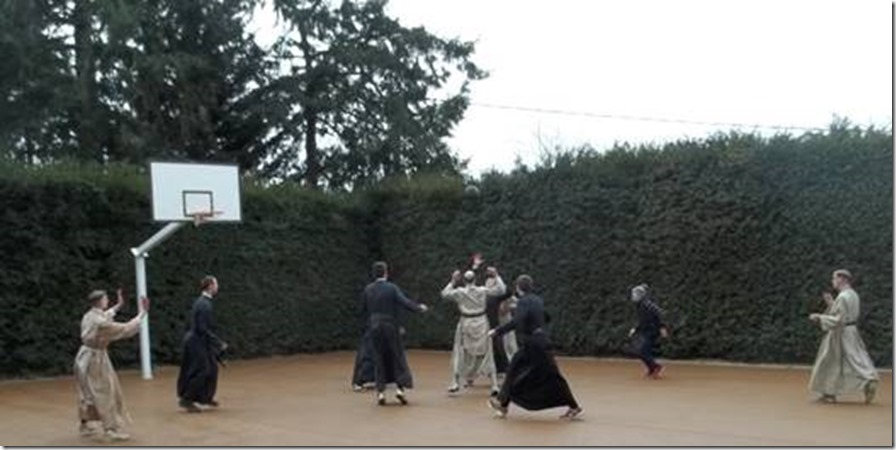 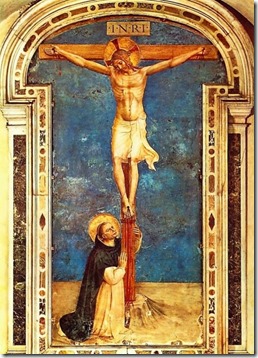